Final session of the 'Euregio Brussels School' with Commissioner Hahn

In the final seminar of this year's edition of the 'Euregio Brussels School', the current EU Commissioner for Budget and Administration, Johannes Hahn, discussed various current EU topics with students from the European Region Tyrol - South Tyrol - Trentino. 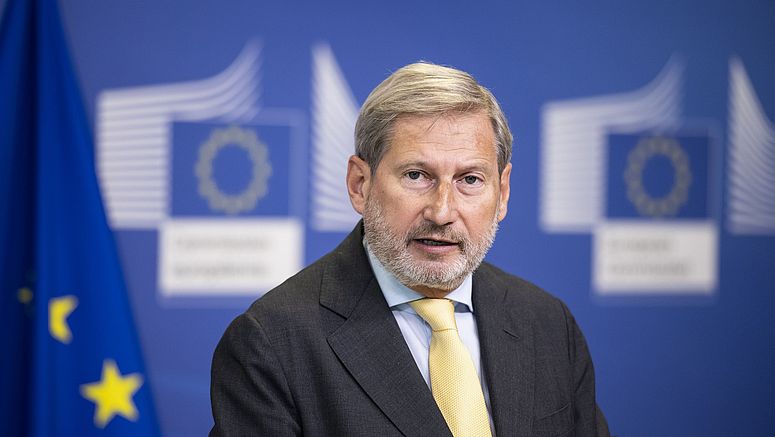 With EU Commissioner Johannes Hahn as the final guest speaker at this year's 'Euregio Brussels School', the 35 young participants from Tyrol, South Tyrol and Trentino were once again able to take a look behind the scenes of the decision-makers in Brussels. Starting with an introductory keynote speech by the Commissioner on the topic of 'The EU in a world of transition', critical discussions sprang up on topics including transport and mobility, questions relating to the future direction of European foreign policy, and concrete sustainability projects to improve the quality of life in the entire Euregio. Hahn also gave personal insights into his daily routine as EU Commissioner and the different political challenges at the national and European level.

Organised by the Representation of the European Region Tyrol - South Tyrol - Trentino in Brussels and together with the Universities of Innsbruck, Bozen-Bolzano and Trento, exciting personalities from the EU institutions and the media were brought together with students from all three regions. In 13 virtual and interactive seminar units, no less than 17 high-ranking experts participated at the 'Euregio Brussels School,  such as MEPs Herbert Dorfmann and Barbara Thaler; the EU Director General of Agriculture Wolfgang Burtscher; the senior EU correspondents of ORF, Raffaela Schaidreiter and SKY News correspondent Renato Coen; Alessandro Giordani, Head of Unit in the Directorate-General for Communication of the EU Commission; Christine Grau, Head of Unit in the European External Action Service; Koen Hendrix from the European Personnel Selection Office; Mirco Tomasi from the Directorate-General for Economic and Financial Affairs or the representative of the Commission in Austria Prof. Martin Selmayr. The common consenus among the speakers was that Europe can only solve the challenges of our present and future together, and in this sense must always look for innovative, new solutions together.