Headquarters of the Euregio 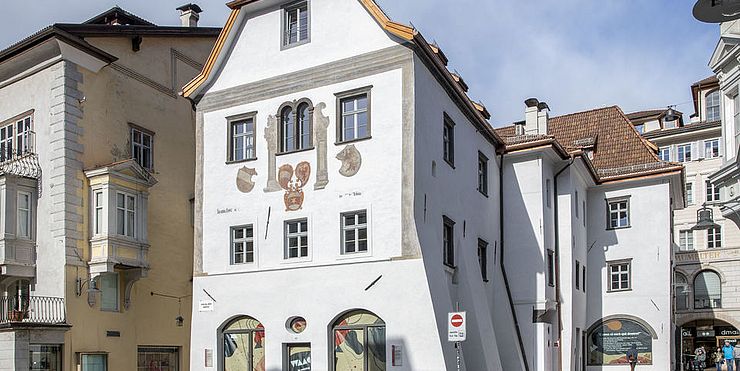 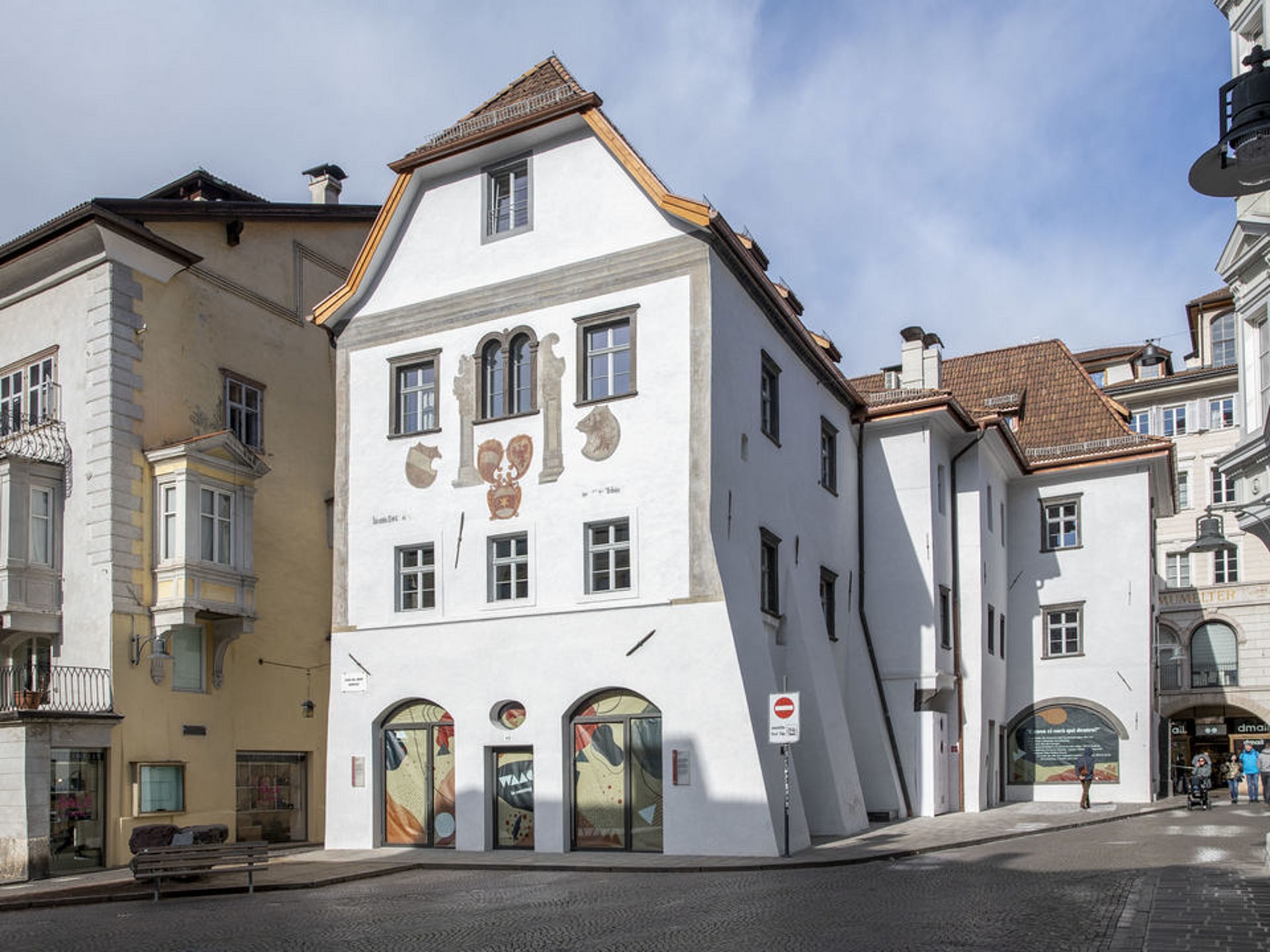 The Waaghaus/Casa della Pesa (lit. "Weigh House" ) shines in new splendour between the arcades and the Kornplatz (Grain square), the oldest square in the city of Bolzano/Bozen. As the name suggests, the grain market took place on this square in the Middle Ages.

The Waaghaus is not only one of the oldest, but also the only free-standing building in the Arcades of Bozen/Bolzano. It gets its name from its former function as a public weighing house, the so-called Fronwaage. Until 1780, this was the only authorised scale in the town, where grain and liquids were measured and weighed according to the old market regulations.

The headquarters of the European Region Tyrol-South Tyrol-Trentino are located on the first floor of the Waaghaus. This institution wants to make the Euregio tangible for the citizens of the three regions with concrete projects in different areas of their life: from the Brenner Base Tunnel and the EuregioFamilyPass to the joint avalanche and weather report. With cross-border cooperation, we want to create added value and highlight the opportunities that come with cooperation. For our Euregio is characterised by a diversity of languages, of nature and landscapes, but above all of culture.  Based on a common history, we want to tap our full potential to build a common future.

In addition, different associations have set their headquarters in the Waaghaus: the Ferruccio Busoni-Gustav Mahler Foundation, the Bozen/Bolzano Film Festival, the South Tyrol Jazz Festival and the association “Weigh Station for Culture”. On the ground floor of the building there is a modern bar/restaurant too: the Waagcafè.

A house in the heart of the city of Bozen/Bolzano and in the centre of the European Region - this is the Waaghaus, headquarters of the Euregio.