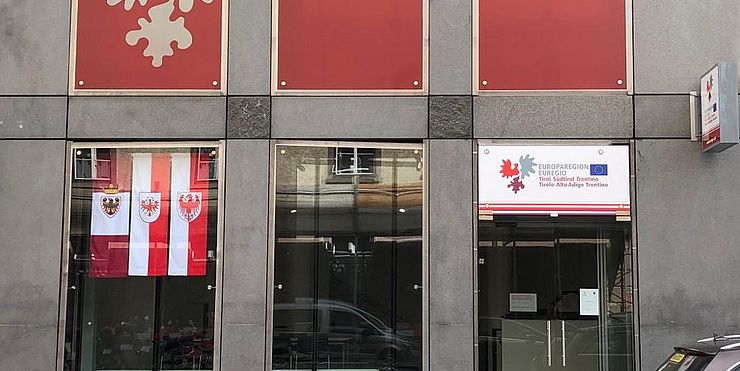 Outside view of the information and coordination officein Innsbruck. © Euregio 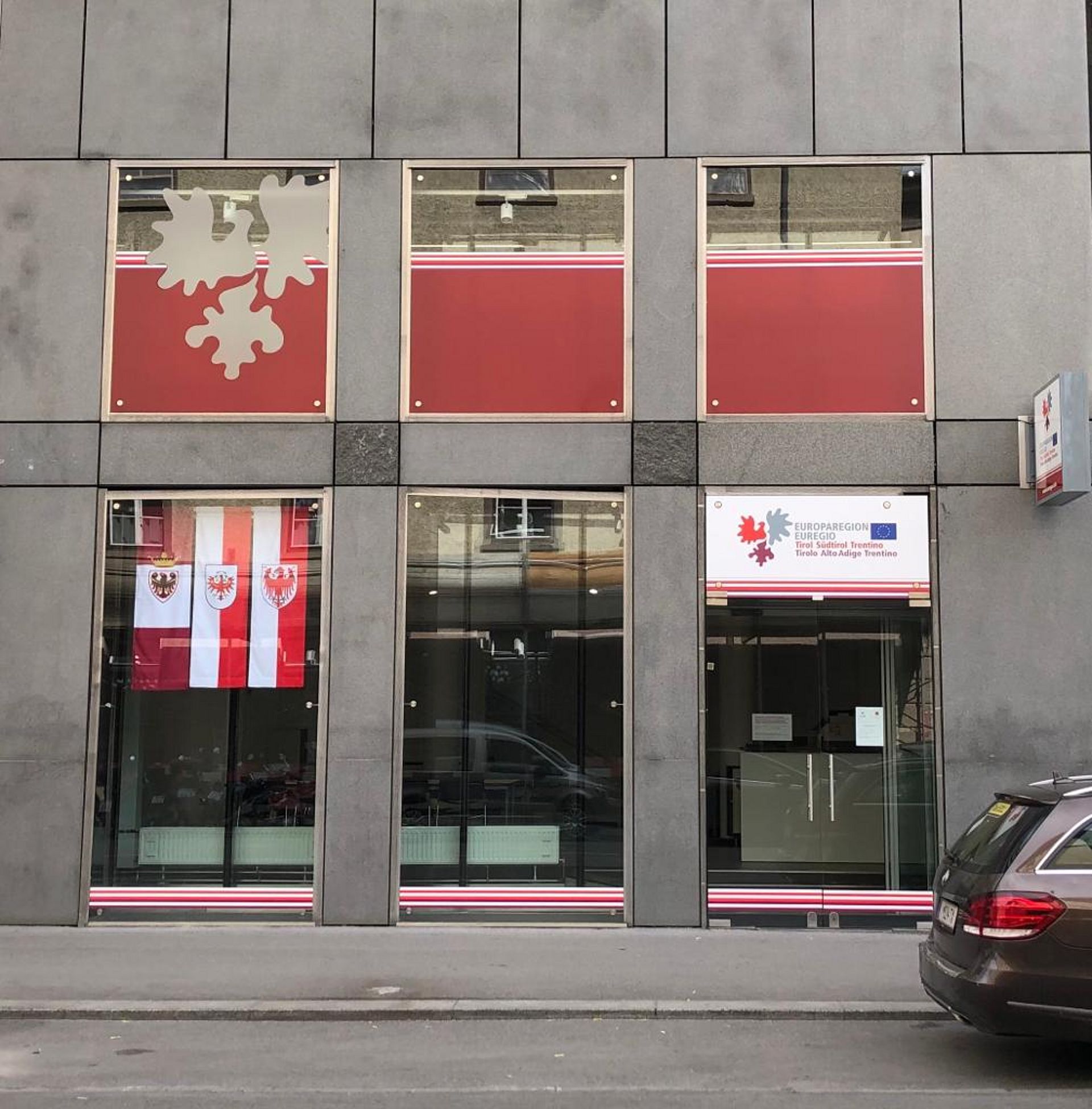 The Euregio Information and Coordination Office in Innsbruck is located at Wilhelm-Greil-Straße 17 and was opened on 14 October 2021. One of the main functions of the Information and Coordination Office is to be the contact point for citizens' concerns, but also to show the services of the European Region and the opportunities and possibilities it opens up for people. This significantly strengthens the visibility and presence of the European Region in Tyrol.

In addition to an information desk for interested citizens and pupils, the focus is on thematic exhibitions on the European Region, which are multilingual (German/Italian/Ladin/English) and multimedia-based and are regularly supplemented with new topics. For example, the history of the Euregio will be presented on the occasion of the 10th anniversary of the “EGTC European Region Tyrol-South Tyrol-Trentino”, but in the future other topics and projects will also be presented, such as the cross-border Euregio Avalanche Report.